Medical staff “paying it back, paying it forward”

​Physicians rounding together during the first days of ‘go-live’ in early October at Victoria General Hospital (VGH) were able to share perspectives from the IHealth project’s past, present, and future transition to electronic clinical documentation.

Dr. Bekker, who is a member of the team preparing physicians at SPH LTC for the upcoming change, reflected on how well the transition to electronic clinical documentation was progressing at VGH. He credits physicians for being engaged and ready for the change, and the IHealth team for helping create awareness among medical staff while providing training and support.

As physicians get used to the change and continue their learning, Dr. Bekker offers two pieces of advice that he has observed can help with the transition:

“Work together with your physician colleagues to define how PowerChart should work for your discipline. And realize that there are PowerChart tricks you don’t know, and if you take time to ask for help you’ll get faster and more efficient, and be happier for it!”

Dr. Bekker has seen the impact of using PowerChart in the EHR in his own practice.

“On day five of the go-live I was on call for long-term care,” he said. “Twice, my visibility into the progress notes written by physicians improved the care I was providing to newly discharged patients.”

Dr. Gallagher says he appreciated the opportunity to observe the ‘go-live’ in progress at VGH, an experience that will help in planning for the transformation to electronic clinical documentation at CDH in 2022.
He said he valued the chance to talk with Victoria colleagues and observe their interactions with the Provider Education and Experience (ProEx) team as they worked together to solve issues and collaborate.

“It was interesting to hear the stories [the ProEx team] had, as they are very much the front line engagement in the early stage, and really knew the people who were experiencing the change, before the actual change was supposed to happen – they knew a lot about the individual clinicians and had established relationships.”

It’s important to acknowledge the challenges as well as the opportunities inherent in such a substantial change, according to Dr. Gallagher. He notes that each site is unique and has evolved its own systems and workflows over time, in paper form. Some of those workflows may prove to be valuable additions in electronic format, if deemed appropriate for use across the EHR.

“I think an important point in doing this is that you don’t lose the excellent pieces that people have developed that are not captured by a standardized system,” he said. “When you get rid of paper, you get rid of those things (forms and paperwork, for example), so being able to capture some of those things that are really valuable and maybe even share them further – that way people can use them beyond your site.”

Together, Drs. Bekker and Gallagher, along with colleagues from NRGH and SPH, embody ‘paying it back and paying it forward’ in action. Sharing information, lessons learned and first-hand experiences can help make the transition to electronic clinical documentation go more smoothly. 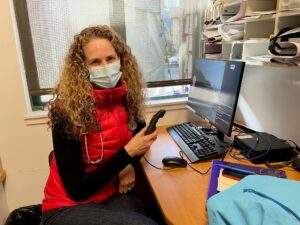 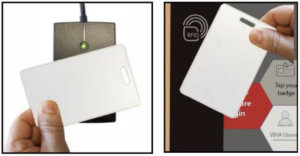 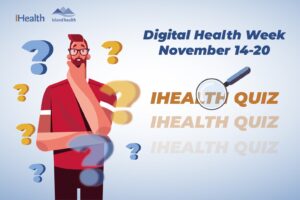